Trump’s massive tax plans ‘favors the rich’ according to democrats

On Wednesday, US President Donald Trump slashed tax rates paid by businesses large and small to 15 percent, while individual income tax brackets would shrink from seven to three — 10, 25 and 35 percent — easing the tax burden on most Americans, including the president, without offering the income ranges for each bracket.

Experts say this individual and business income tax rates and a radical reordering of the tax code that would significantly benefit the wealthy, showing no explanation of how the plan would be financed as he rushed to show progress before his 100-day mark of being the president. 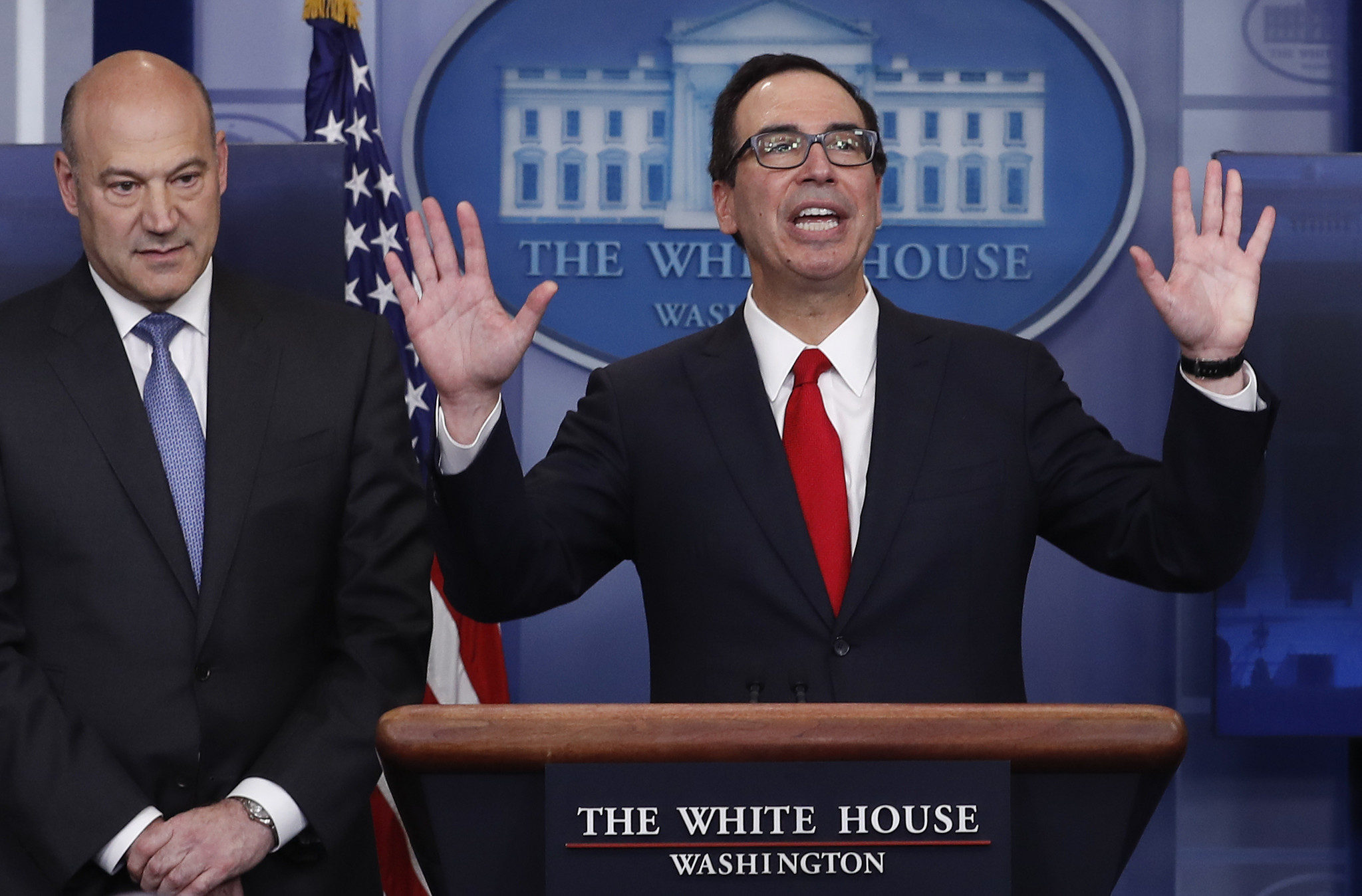 Treasury Secretary Steven Mnuchin and Gary D. Cohn speaks in the briefing room of the White House on Wednesday regarding President Donald Trump’s the tax plans.

National Economic Council directors and Treasury Secretary Steven Mnuchin and Gary D. Cohn laid out the bare bones to reporters as part of the administration’s 100th day on Saturday that has included the resurrection of a health care bill and near-daily signings of executive orders.

“We have a once-in-a-generation opportunity to do something really big,” Cohn said. “President Trump has made tax reform a priority, and we have a Republican Congress that wants to get it done.”

Trump also signaled support for revisions to the tax code that would help families with child-care costs, although his document provided no details. He called for ending the 3.8 percent tax on investment income that was imposed by the Affordable Care Act, restoring the capital gains rate to 20 percent.

However, democrats are ready to battle the President over the tax cuts, which they are determined to tie to his refusal to release his tax returns.

“Trump’s latest proposal is another gift to corporations and billionaires like himself,” said Democratic Party Chairman Thomas E. Perez. “Trump must release his tax returns, as millions of Americans are demanding, before Congress can consider any Trump tax plan. We must know how much Trump would personally financially benefit from his own proposal.”

Furthermore, critics have been worrying that lawyers, doctors, consultants and other individuals in partnerships could structure much of their personal income as business income, effectively reducing their tax rate from 39.6 percent to 15 percent.

Mnuchin, meanwhile, assured the administration would not allow that to happen.

“We will make sure that there are rules in place so that wealthy people can’t create pass-throughs and use that as a mechanism to avoid paying the tax rate that they should be on the personal side,” he said.

Still, the democrats are not convinced with the statement by Trump’s administration.

“We don’t need a tax plan that allows the very rich to use pass-throughs to reduce their rates to 15 percent while average Americans are paying much more,” Senator Chuck Schumer of New York, the Democratic leader, said on Wednesday. “That’s not tax reform. That’s just a tax giveaway to the very, very wealthy that will explode the deficit.”