“Thank you everybody, you’re going to see some very, very strong results very, very quickly. Thank you very much,” he said as he swiftly exits when reporters asked regarding Flynn’s offer to testify on Russian involvement in the US election in return for immunity from prosecution. 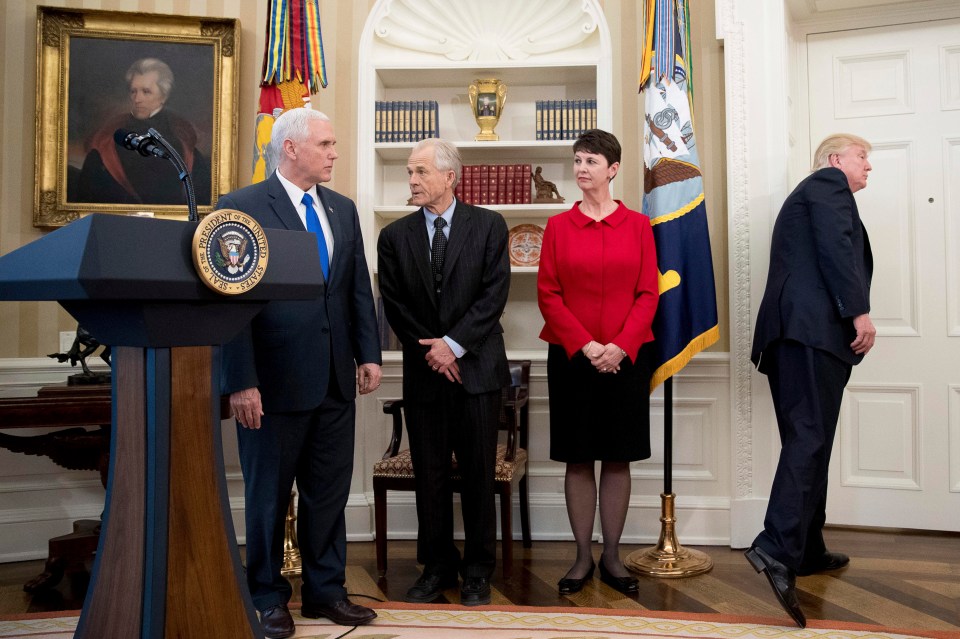 Immediate following the President to the other room, Vice President Mike Pence, gathered the folders containing the two executive orders which Trump finally signed later on that day. Trump’s advisers were left awkwardly standing in the Oval Office before Pence returned to bid them goodbye.

The pair of orders signed are intended to identify and target foreign trade abuses.One is a 90-day study of US trade deficits with some of its largest trading partners exhibiting potential trade abuses and cheating; while the other one says stricter and more effective enforcement of US anti-dumping laws to prevent foreign manufacturers from undercutting US companies by selling goods at an unfair price.