After South Korean President Moon Jae-In took office, North Korea fired another ballistic missile on Sunday that landed 60 miles south of Russia’s Vladivostok region, sending a provocation to Moon who pledged to reconcile with the North.

“The president said while South Korea remains open to the possibility of dialogue with North Korea, it is only possible when the North shows a change in attitude,” Moon’s press secretary Yoon Young-chan said. 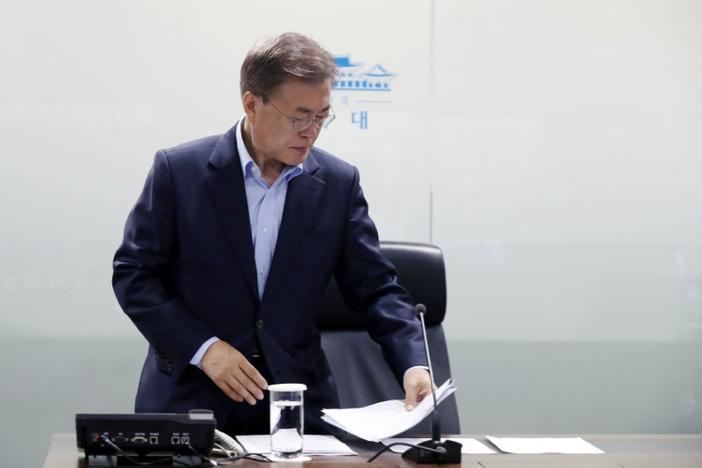 South Korea’s newly-elected President Moon Jae-In has been vocal about his plans to get North and South Korea in dialogue since his campaign. Photo by REUTERS

The U.S. Pacific Command said it was assessing the type of missile but it was “not consistent with an intercontinental ballistic missile.”

The missile, which according to Japanese Defense Minister Tomomi Inada could be of a new type, flew 700 km (430 miles) and reached an altitude of more than 2,000 km (1,245 miles), as per officials in South Korea and Japan.

In addition, the missile was found to be further and higher than an intermediate-range missile North Korea successfully tested in February from the same region of Kusong, northwest of its capital, Pyongyang.

A series of illegal North Korean missile tests this year has sparked international alarm and raised tensions with the US.

North Korea is believed to be developing an intercontinental missile tipped with a nuclear weapon that ranges more than 6,000 km (3,700 miles), capable of reaching the United States.

US President Donald Trump has vowed not to let that happen and has called for “stronger sanctions” against North Korea, while China is urging restraint.

Trump has also said he would be “honored” to meet North Korean leader Kim Jong Un under the right circumstances.

On Saturday, a top North Korean diplomat said it was open to dialogue with the Trump administration under the right conditions.

Simon Biles puts on her dancing shoes for DWTS season 24