Southern rock legend and Allman Brothers Band founding member Gregg Allman succumb to death due to liver complications at his home in Savannah, Georgia, surrounded by his family and friends, on Saturday, May 27.

Born in Nashville in 1947, Allman played the Hammond organ, sang lead vocals and wrote some of the band’s signature songs, including “Midnight Rider” and “Wasted Words,” the ballad “Melissa,” and the blues epic “Whipping Post.” 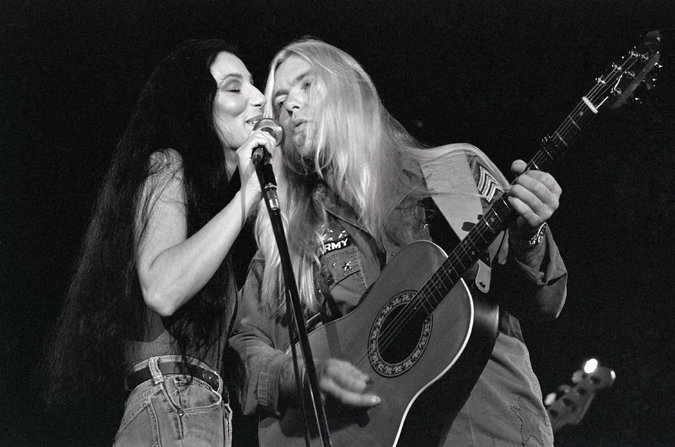 Gregg Allman performing with singer and then wife Cher in 1977. Photo by New York Times

The Allman Brothers joined the Rock and Roll Hall of Fame in 1995 and gathered fans in recent years with the reorganized group’s epic live shows, especially their unprecedented string of 238 sold-out concerts at New York’s Beacon Theater.

“My love of playing is still the same as when I was 24. In fact, I appreciate it all more and understand it much better,” Allman told the Wall Street Journal in 2015. “I’m grateful for every gold record, good review and award I’ve ever received, but I’m just so into what I’m doing and that’s where my focus is.”

Aside from their music, the Allman Brothers Band has been known for their family tragedy, drug addiction, and health problems.

Allman will be buried at Rose Hill cemetery in Macon, Georgia, where two other founding members of the Allman Brothers Band—guitarist Duane Allman and bassist Berry Oakley—are also buried.