Bannering a giant rainbow flag, about 43,000 people joined the “Equality March for Unity and Pride” on June 11 in Washington D.C.

The march, proposed by Daniel Bruinooge in a Facebook page, fights for disability rights, preventing violence against LGBTQ people, and support for LGBTQ immigrants. 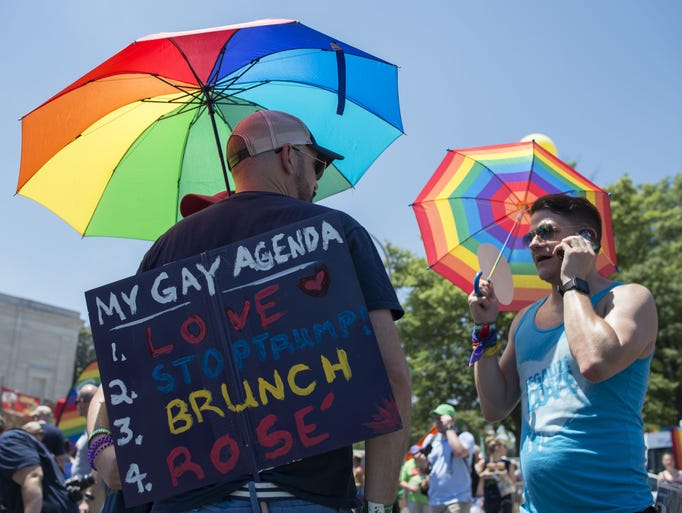 “I’m here because it’s a matter of celebrating and supporting LGBTQIA identity. It’s not about politics or policy or a difference in political opinion. It’s about an administration denying our identity. We will resist completely,” Timothy Kaine of Ohio told the PBS NewsHour.

Starting from Washington, D.C.’s Farragut Square to the National Mall, rallyists said the march also demonstrates resistance to US President Donald Trump’s administration aside from celebrating friends and family.

In February, the Trump administration nullified former President Barack Obama’s administration’s guidelines to schools that allow students to use the bathroom that corresponds to their gender identity.

The march occurs the day before the one-year anniversary of the deadliest mass shooting in US history, the nightclub shooting in Orlando, Florida. The massacre occurred on a Latin-themed night at the gay nightclub Pulse, killing 49 people.

The National Anthem, what does it really mean?