At least 28 people died, including children, and 22 were injured when a group of gunmen attacked a bus carrying Coptic Christians south of Cairo on Friday.

According to Egyptian officials, the Christian victims were on their way to visit a monastery when as many as 10 attackers wearing military uniforms and masks broke in. 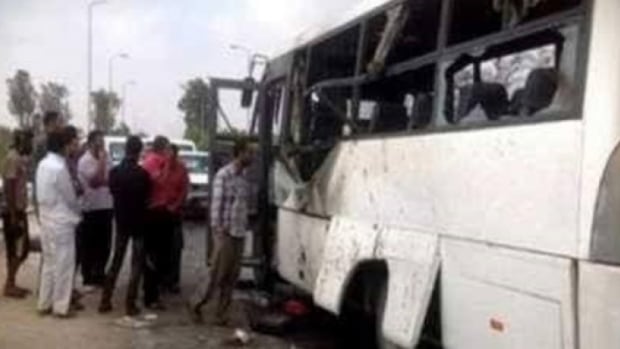 However, no group have claimed responsibility for the attack yet, but recently, Egypt’s Coptic Christians have become the preferred target of the Islamic State in the region. Egypt’s Copts, the Middle East’s largest Christian community, have continuously reached for help from discrimination and outright attacks, at the hands of the country’s majority Muslim population.

Recent attacks on Christians in Egypt include the twin bombings in April, and December on a Cairo church that left over 75 people dead and dozens more wounded. ISIS in Egypt claimed responsibility for them and vowed more attacks.

In February, members of an ISIS affiliate released a video saying that Egyptian Christians were their “favorite prey.” The video contained images of a suicide bomber who killed nearly 30 people inside a packed Cairo church in December.

“God gave orders to kill every infidel,” one of the militants carrying an AK-47 assault rifle said in the 20-minute video.

Meanwhile, on Wednesday, the U.S. Embassy in Cairo issued a security message saying a potential threat is posted on a website by the Hassm Group, a known terrorist organization, suggesting some kind of unspecified action that evening.

Will Smith and Martin Lawrence Reunite for ‘Bad Boys for Life’